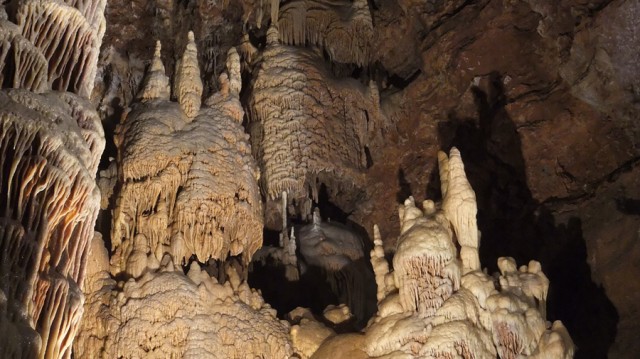 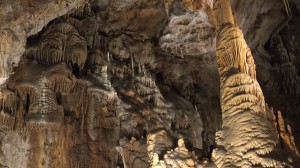 The “salle des chaos” , “salle des mosques”, the “Minaret” ( in the pink room), the “grande cascade petrifiee” ( the highest you can see in a tourist cave) , and the “Clocher” are emblematic spaces of Dargilan . Some areas are dedicated only to speleogists like the”salle Cazal” or the “salle des Megalithes”. 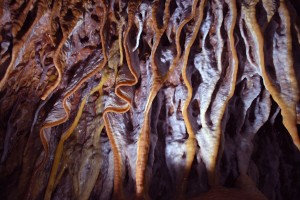 The Dargilan cave is a palace of limestone concretions and is often ochre in colour.
The distinctive colour of some of the buildings gives it the name of “grotte Rose” (the pink cave).

You can find calcite saucers, water jets, cave pearls etc…
Next to the entrance, the Salle du chaos is one of the biggest in the Grand Causse. Two opposite branches are attached to it: the oriental branch and the occidental branch.
The site represents 2100 m of development and a drop of 107m.

It’s been classified with the Lozere sites since the 21st of July 1941 and it has been well preserved even if it has been open to tourists for over a century.